The 6 Best Car Movies That Weren’t REALLY About Cars

Movies centred around cars are as American as apple pie and baseball…or as Canadian as poutine and hockey. Car movies are special because they span generations. Thunder Road in 1958, Italian Job in 1969, Taxi Driver in 1976, Repo Man in 1984, Thelma & Louise in 1991, Talladega Nights: The Ballad of Ricky Bobby in 2006, and Drive in 2011. Car movies captivate audiences of all ages, demographics, and genres.

While there are hundreds of awesome car movies to choose from, this blog focuses specifically on car movies where cars or driving wasn’t the main plot of the movie. Here’s our list of the top 6 movies:

While both Blues Brothers and Blues Brothers 2000 had hilarious and iconic car chase scenes, Blues Brothers 2000 won out because of the sheer number of cars involved. For about a minute straight, an endless stream of Louisiana State Troopers driving Crown Vics and Chevrolet Caprices pile up on top of one another. It’s unbelievably absurd and deserves to be on this list!

This may be the least well-known movie in this blog but it’s a goodie. The plot is as comical as it is awesome and features a young(ish) Robert DeNiro playing an ex-US intelligence officer who hires Japanese mercenaries to retrieve a mysterious suitcase that fell into the hands of some Russians in Paris. What more could anyone want? How about the always stunning Natascha McElhone and some incredible car chase scenes? Well, good news! Both those are in this 90s classic.

This is probably the best car chase scene in this blog and it occurs in a movie that has so, so little to do with cars. Frankly, it was too epic to leave off the list. Especially the part when Morpheus slices the Cadillac Escalade with a sword before blowing it up by firing bullets at the gas tank. So cool.

Some may argue that this movie, behind the dancing and singing and cigarette smoking, is actually about cars. Of all the hit songs from this iconic film featuring John Travolta and Olivia Newton-John, ‘Greased Lighting’ may be the most popular. Is your foot tapping just thinking about it?

There may not be a funnier scene in any car movie than when John Candy — threading his rental car between two transport trucks while driving the wrong way on an interstate — turns into a laughing, maniacal devil. The look on Steve Martin’s face combined with every wacky event that preceded that moment is legendary.

What movies were missed?

It goes without saying that we could’ve added more movies to this list. So let us know what movies we missed by leaving us a comment below — we’ll keep adding to this blog with your suggestions.

As always, if you need any used car parts to get your vehicle in tip-top shape for its next appearance on the big screen, make sure to get in touch with us. 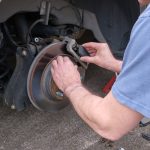 9 Simple Car Repairs You Can Do In Your DrivewayUncategorized